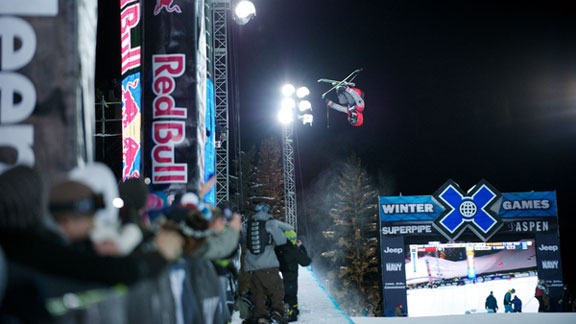 X Games Aspen 2013, the premier action sports event featuring 200 of the world’s best snowsports athletes, will take place Jan. 24 through Jan. 27, 2013 in Aspen, Colo. This is the 12th year that the X Games have been held in Aspen. 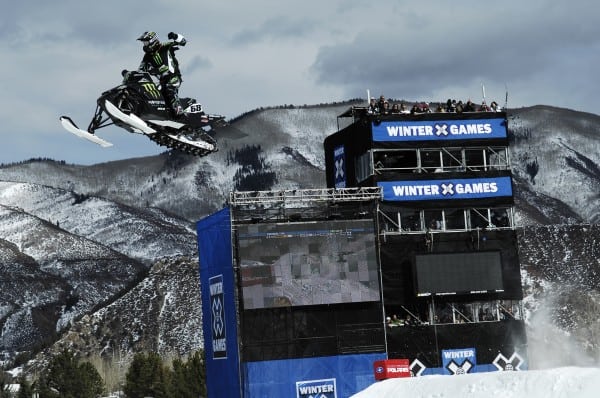 X Games Aspen 2013 is the official kick-off to the X Games global expansion — a six-event schedule that will conclude in Los Angeles in August. In May, ESPN announced it would be expanding the X Games to Foz do Iguaçu, Brazil; Munich, Germany and Barcelona, Spain — joining X Games Aspen, Los Angeles and Tignes taking the premier action sports event global.

ESPN will present X Games Aspen 2013 at Colorado’s Buttermilk Mountain for the 11th consecutive year. Celebrating 17 years of the winter version of X Games, this year’s competition will feature more than 150 athletes competing for medals and prize money in skiing, snowboarding and snowmobiling. ESPN and ABC will combine to televise 20 hours of live X Games Aspen competition in high definition and on ESPN 3D.

The list of athletes invited to compete at X Games Aspen 2013 includes Bobby Brown, the first skier to win two gold medals in the same X Games in 2010, and Kelly Clark, the first female snowboarder to land a 1080 in competition and the first female to repeat gold in Snowboard SuperPipe. The list also includes Tucker Hibbert, the most decorated SnoCross racer in X Games history, who will be going for the first-ever six-peat at an X Games winter event, Mark McMorris, the first snowboarder to land the triple cork in competition and the gold medalist in Snowboard Slopestyle and Big Air at X Games Aspen 2012, and Shaun White, the first snowboarder to five-peat in SuperPipe, plus many more.

See the full list of invited athletes and the competition schedule for X Games Aspen 2013.