Looking to put a face to the drudgery, I decide to put on my cub reporter press hat and gumshoes to find out what’s making people in Los Angeles miserable:

Tatsuo, 45, street preacher: The fundamental reason is they’re alienated from God and trying to find happiness in love, sex, money, anything here on Earth—alcohol, whatever. That can provide temporary happiness but it fades away quick. When you know God through the Lord Jesus Christ, there’s a joy unspeakable. Nothing can alter that, there’s an absolute confidence in that. Nothing can separate or impact that—the economy or cancer, nothing. In Christ Jesus, knowing God, walking with him, once this body dies, having eternal life. That’s what matters.

Are you happy?
I know what I’m doing. The Lord called me to do this. And in fulfilling that call, that’s where my happiness is at. Is it easy? No. You get ridiculed, spit on. It’s not a popular job. People think you’re crazy, from the world’s perspective. I know I look like a nutcase, but I know God. And if you know God, nothing else really matters. You’re not moved by popular sentiments or mood trends. When you know Jesus, you’re not affected by that.

Jerry, 70, peace activist: It’s hard being an activist and feeling happy when there’s so many injustices in the world. That’s why I started the activist support circle. “Happy” is a nebulous word. Is happiness the absence of extreme sadness? Is peace the absence of war? I think it’s more than that we get part of our soul robbed from us all the time when we have to stand up to all these injustices, when it seems like they shouldn’t be happening. There shouldn’t be starvation, there shouldn’t be war—killing people and justifying it or trying to. As an activist, it’s very difficult to feel happiness because that’s what you do all day. You’re organizing and demonstrating and protesting. People say, “well, why protest? Isn’t that a negative thing?” The word “protest” is derived from “pro” and “testifying,” so it’s not a really negative word. But other activists can sometimes feel negative when they’re speaking out against injustices. It’s very difficult to smile. I used to be able to smile more graciously, more freely. Now, my brow is constantly furrowed. I feel like something is missing from me.

Michael, 32, lawyer: Life in LA for anyone who’s got big goals, there comes competitiveness… and people have unrealistic expectations on how easy it is to achieve those goals. As I’ve met entrepreneurs or actors, they have too many ideas or goals or whatever and people fall into a trap of not being able to focus on one thing. In a town like LA, that is difficult for people, because you need to be able to be fully focused on one thing.

How are you? You seem pretty relaxed.
I’m happy. A town doesn’t make you happy in and of itself.  It’s the relationships you have with people that gives you happiness. I think reliability from relationships you build would make anyone happier, where that’s LA or anywhere. There’s a lot of smart and talented people here, but once you accept that it’s going to be tough and challenging, you know… I’ve lived in New York, London, Sydney, and Los Angeles. I think if you’re a good and honest and genuine person you can have meaningful relationships anywhere. LA, sometimes it just depends what you actually want from a relationship.

Brooke, 34, account executive: I think it’s the culture. Most people here are aspiring to be their dreams and they’ll be willing to step on anybody to get there. It’s just different.

Would you say you’re happy?
I’m happy. I have a dog, I go out with friends. I think living close to where you work and your friends helps with happiness. I’m in Culver City, so I’m in-between a lot of things but I wish people were closer. I’d be happier if I had more friends in my neighborhood. In LA, people stay in their neighborhoods because it’s an easier life. 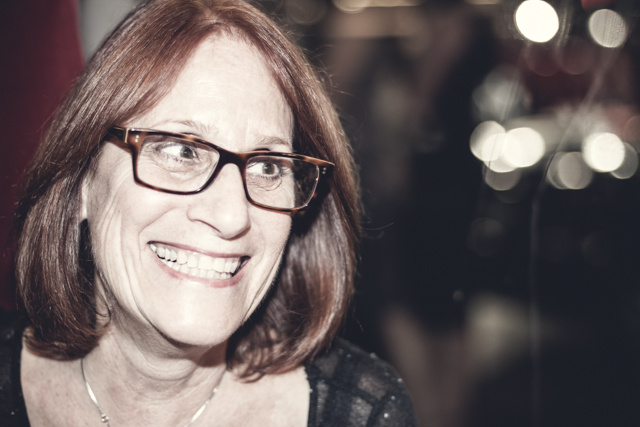 Nancy, age not given, retired special education administrator: I’m trying to get out of LA as much as I can. The city has changed. LA doesn’t promote community and it doesn’t promote friendship. Everything is blocked, whether its blocked walls or schlepping from the Northwest Valley to Commerce to go to work. It’s not a good place. I don’t know if it was when I moved here. I moved and found great friends and I don’t want to leave them but at the same time I want to get out of the city.

Tammy, 20, special education tutor: I’m happy! I love living in LA. Yeah, there is stuff that’s wrong but its just your perspective. There’s two sides to it. Sure there’s homeless people and like, there’s murders, but if you’re doing your own thing and spending time with people you enjoy spending time with you can be happy in miserable LA. I’m pretty satisfied.

What makes you satisfied?
My friends. My family makes me happy. I don’t know. I like the beach, marijuana. I like clubbing. Vanguard, Avalon, Rage. Bar Sinister on Saturdays. The Viper Room. I’m into 80s and 90s punk. I haven’t been to a show in a while. I look for crowds. If the crowd doesn’t have a good vibe, if I walk in and I’m like, “ehhhh?” And people think they know the music but they don’t? Not into it. I guess I’m more on the positive side? Some people are too miserable. I don’t know why they’re miserable though. You should look up at the stars at night.

Ken, 47, floral designer: It took me a long time but now after 25 years I feel happy. My days are up, down, up, down. I worked today, so that was good. Happiness can be a lot of things; basically being comfortable. For me, I grew up very poor so being in LA, there’s everything here. I get to be around celebrities and rich people every day of my life. People respect me. You have to have something going on or else you will fail. LA can be tough but any city is tough. I lived in Chicago, Miami, you know. This is the longest place I’ve been which is a testament, I guess.

Jessica, 26, location scout: Well, it’s because half of the people come to LA to pursue their career and half of them end up waitressing. It’s talent—half the people out here don’t have it, in my opinion.

Do you have friends that are like that?
Some of my friends are those people. They think they can come here and wait around for something to come, and it doesn’t.  Most people in my world are miserable, but that’s because most of my friend base works at a specific location that doesn’t give them any sort of future growth and so they’re just stuck there.

Ashley, 26, student: I think people are unhappy because of the air quality and the food choices. Especially in my neighborhood, like, within a square mile, there’s [nothing but fast food], another fried chicken place, a taco place where I fucking find metal in my food, and I’m trying to be vegetarian, vegan. It’s fucked up. It’s a food desert. When they chop down the 14 acre—off of 41st & Alameda—it didn’t allow our air to be cleansed, and a lot of the industrial stuff happens down there. So that’s why I’m unhappy.  I don’t know about everybody else. We need a big-ass air purifier. What was that movie from the 90s with Pauly Shore?

BioDome?
Yeah. We need to figure that shit out. Like, I take the bus and when I get off the train, I walk past a lot of car shops doing shit they have no business doing. The air is nasty.

Matt, 28, puppeteer/writer/retail clerk: 40 percent sounds high, but is that 60 percent who don’t think they’re miserable? But it’s a daily grind. Getting out there every day—having to work retail jobs and waitressing—you can do that to any part of the country, but you moved out here to do what you want to do. I was miserable before LA. I moved out here to be with someone and that fell apart recently so right now I have higher misery. Before that I was in Pennsylvania, in just a shitty town, not doing much, especially with writing and puppeteering—so moving out here made sense when I was with someone. And now I’m still working toward those goals, but it was better a few months ago when I was still with someone. So now, I’m more miserable, and I guess LA helped contribute to that. On the other hand, I am happier, career-wise. I’m moving forward; slowly, but moving forward.

WILL THE NFL TOLERATE WEED?

Jacob Berger On How He Started, Working With Celebrities, Cannabis In New York + More | The Smokebox