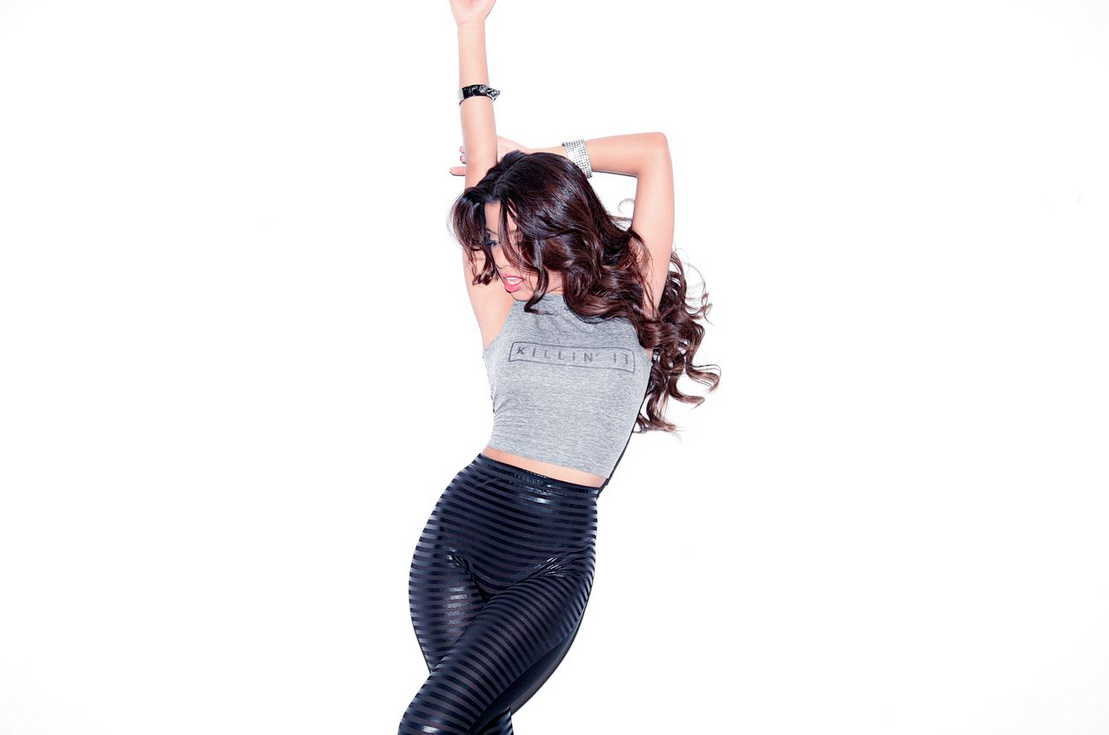 “Just last week we met Ninja from Die Antwoord!” Lupe Fuentes tells me over barbecue at a Brooklyn restaurant. “I love people like that who don’t give a fuck. Do whatever you love regardless of what people think.”

If you’ve used either The Pirate Bay, XTube, RedTube, or any combination of adult video and torrent websites between 2012-13 (don’t lie, you have) and you didn’t have a pop-up blocker installed on your browser, there’s a good chance you saw this music video by an EDM-pop group called the Ex-Girlfriends. Maybe you immediately closed the window because you were more concerned with diddling yourself. What you should have done (like me) was research what the fuck you just spent four and a half minutes watching, and postpone pounding off until later. There’s something strangely captivating about “We Are The Party:” it sounds like a pop hit engineered for maximum exposure, in the style of “Like A G6” or “Party Rock Anthem,” but the absence of a multimillion-dollar budget makes it feel weirdly homegrown. The best indication of this is Danny Trejo dancing in a rabbit suit throughout the whole video. That woman (teenager?) singing looks familiar though, doesn’t she? As if you’ve seen her somewhere on the Internet before. You have, and I’m not going to link to any of her videos because you’re probably at work.

Although she’s now retired from the industry, Lupe Fuentes’ career in adult film was nonpareil. After launching an amateur website in 2007, she secured a contract with the largest adult media company in Europe and shot a handful of movies. Fuentes moved to the United States from Spain and continued working there, to great success—after starring in over ten films she’s been nominated for (and won) multiple adult film awards, and she’s worked with photographers like Terry Richardson and Joan Crisol. She even has a Real Doll (which, for those unfamiliar, is a life-size silicone sex mannequin) fashioned in her likeness. At 4’9″, it’s not difficult to surmise what’s made Fuentes stand out. In 2010, a fan carrying DVDs of her work was detained at U.S. Customs in Puerto Rico and charged with illegal possession and transportation of images involving minors engaged in sexually explicit conduct. At the defense lawyer’s request, Fuentes flew there and testified in his defense, providing identification and dates of production for the DVD to prove that she was over the age of 18 when it was shot. Unsurprisingly, it’s brought her career a certain level of infamy, as well as repeated guest appearances on Howard Stern’s radio show. It’s not uncommon anymore for actors and actresses (of all types) to transition into DJing, but Fuentes’ unique background, as well as her near-obsessive devotion to music, might give her career the boost it needs to head in new directions.

I meet Lupe at the Vice offices in Williamsburg on a miserably gray February afternoon. Fuentes is on a full press gauntlet today—she just got in this morning on a severely delayed red-eye flight from LA, and later she’s meeting her publicist and debuting a new track on the XM Radio show BPM. Despite little sleep and a full schedule, though, she’s eager to tell me about the winding journey of her career. She was born in Cali, Colombia, and moved to Madrid at the age of nine. From the time she was a tween, Fuentes was already involved in what she calls the “open lifestyle” of the city’s nightlife, namely its all-night discotecas (in Spain you’re basically force-fed wine from age two, so this is completely normal). In the early 90s, Madrid was fully embracing the dance craze bakalao. It’s a homonym for the Spanish word for codfish, bacalao, which is slang for how the style was being freshly imported at the time. Bakalao is a Valencian take on Belgium’s New Beat, the terrible genre of dance music that spawned the abject horror that is Euro House. Bakalao is a moderate improvement on New Beat because it’s in Spanish, and because the DJs who spun it blended it with pop and rock music as well. However, it also spawned Mákina, which in turn generated some of the corniest dance music in the history of Western Europe.

Madrid clubs that played bakalao two decades ago were pretty much identical to modern-day Bushwhick warehouse parties: way too many 90’s clothes, uncomfortably loud music, and an abundance of shitty drugs. This is where Lupe got her first introduction to clubbing, and it’s not hard to see how it influenced the music she made while she was in the Ex-Girlfriends—the MIDI keyboard riffs, pounding EDM basslines, wobbly breakdowns, and heavily synthesized vocals are all steroid-enhanced versions of the same songs pumping out of speakers back then. It’s probably not too different from what you’d hear in Madrid’s clubs today, either; if Fuentes planned on taking her career in a musical direction, this was the way to do it.

Despite having moved across the world with her family to try and find better working opportunities, Lupe grew up surrounded by poverty, and was even homeless for a brief time. “Throughout that, house music has always been a constant in my life,” she says. When Fuentes wasn’t attending Spanish raves, she was pursuing a burgeoning modeling career as a means to support her family. She dropped out of high school to pose for magazines, make TV appearances, feature in ad campaigns, and model for fashion lines, all of which eventually gave way to her successful career in adult film. “I was going through a lot of life changes then,” she explains, before declining to go into specific details about what made her leave the adult film industry.
Lupe’s career renaissance happened almost on accident: She was in the studio with her husband and manager Evan Seinfeld (formerly the bassist and vocalist of Biohazard), recording an album for his new project,Attika 7. The album’s executive producer MUDROCK (Avenged Sevenfold, Godsmack) is a huge K-Pop fan, so for two months Lupe watched him alternate between working on a metal album and “going to his laptop to watch K-Pop videos…it was just really funny because we watched Girls Generation and 2NE1, and when I saw that, I fell in love with those videos, because the production value was so high and slick. The music was so fun and had so much attitude that I decided to create my own project like that.” She began working with a number of producers and songwriters in LA, where she learned Pro Tools and how to work studio equipment. She formed The Ex-Girlfriends with other LA-based musicians and friends, and they recorded an album together and put out two videos that garnered millions of views on YouTube. The positive reception led to a headlining spot on Rob Zombie’s Great American Nightmare tour. “From all the stuff I learned from all the people I was working with, I started producing my own stuff.” Less than a year and a half after forming The Ex-Girlfriends, Lupe decided to pursue music on her own.

Her stint in The Ex-Girlfriends, as brief as it was, was part of a lifelong dream. “Music has always been my passion, like since I was a little kid. I used to try and make songs with my friends, and it didn’t work out that well at that time,” she reflects. “But I experimented, and four years ago I really tried to start doing it seriously, and focus one hundred percent of my time to it.” Now she samples other vocalists, including a gospel church singer from Compton. She also practices DJing every day, having hooked up Evan’s PA equipment to a pair of CDJs in their LA home. She cites Fedde Le Grand, Junior Sanchez, and Erick Morillo as major influences. She also wants to respect her roots—”I want to have an organic sound, with Latin undertones.” Earlier, Lupe mentions Celia Cruz and Grupo Niche as idols growing up. “I would say that my sound is really funky, and I like taking stuff from the past and putting it in a modern sound…but my sound is definitely deeper.”

Legal Weed in California is “Dead as a Doornail” for 2014